NLM is working to unleash the potential of data and information to accelerate and transform biomedical discovery. Foundational to that goal lie the data themselves. We assess their value, collect and curate them, and then make them accessible.

But access has its risks. Big risks. Especially when it comes to personal medical data or hard-earned, grant-funded proprietary data. We need to find a way to deliver access while simultaneously controlling and protecting the data.

That’s where security comes in.

We’re all familiar with “identity-based security,” evolution’s primitive mechanism that predates our species. It starts by using our eyes, ears, and nose to identify someone or something and ends with an immediate risk-assessment. Not surprisingly, this mechanism was modeled in modern cybersecurity and is virtually ubiquitous across consumer and industrial-grade systems.

For all their efforts though, these systems sure seem to fail—a lot. Common wisdom suggests breaches are inevitable, but that’s not entirely true. There are other approaches.

Authority-based security is one. With that, authority, permissions, and trust are explicitly modeled, and policy decisions are made up front. We create objects that embody these ethereal concepts and make them tangible. These objects can then be stored, transmitted, accessed, sub-divided, transferred, etc. The discipline of modeling and managing authority is called Authority Management.

Identity- and authority-based approaches achieve several common goals. They each have strengths and weaknesses. Where they differ, the stronger, more effective, and more elegant of the two is nearly always authority-based.

Both approaches grant permissions based upon security policy. Authority-based security captures the result of policy evaluation as permissions in unforgeable and unmodifiable tokens. Since these tokens come from a known source of authority and are tamper-evident, the permissions they contain require no further scrutiny. They are as trustworthy as the authority that issued them. A permission token typically contains only a small subset of the overall permissions available to an individual, ideally never more than are needed within the current dynamic context.

By contrast, identity-based techniques make permission decisions based upon global attributes or provide crude static mechanisms. In most cases, they reflect zero context sensitivity. That means, for example, that if I run a program on a stock Linux system, that program executes using 100% of my permissions, even though it may need only read access to one file and write access to one directory. For all I know the program could be surreptitiously stealing my most sensitive data in the background, and I’d have no awareness or protection against it. Without my permission? That’s the point—I just gave it ALL my permissions!

In an authority-managed system, I would have given that same program permissions to access only the file and directory needed, leaving it powerless to read other sensitive files, much less phone home and exfiltrate them.

So, if identity-based security is so far behind the curve, what accounts for its continued use? It has one highly prized strength: its ability to revoke permissions on the spot. Since permissions are granted at the moment they are going to be exercised, any permission can be immediately denied as the result of updating policy. Since this policy update is often reactive, coming about once damage has already occurred and possibly delayed by weeks or months, the value of its immediacy is questionable. Tokens have a built-in timeout making them self-revoking, and in practice perform similarly.

Here’s how it works. To do anything of substance in a system, you need permissions. You may have those permissions already stored on some device, such as your phone. Or, you may need to go through the process of identifying yourself to some part of the system that is storing permissions on your behalf, accessible once your identity has been authenticated. In either case, the first step is to get ahold of a token containing your set of pre-approved permissions.

Sometimes you need to share your permissions, such as when a grant-funded investigator delegates most of the research documentation to lab assistants. She can take her permission tokens received with the grant, subset, and delegate them to her lab as appropriate, so everyone can work.

What else can you do with them? Literally anything that can be done in an information system! Beyond implementing the traditional security processes of Identity and Access Management (IAM, a proper subset of Authority Management), tokens are also used to protect resources in other ways. They can be used to model spending accounts and quotas, control access to consumable or metered resources, mitigate DOS attacks, provide audit trails, and eliminate the use of passwords and multiple logins.

Because tokens carry permissions whose source of authority is irrefutable, they are the mechanism for implementing the fundamental principles of security. We can bring some of their benefits to bear right now and help lay the groundwork for secure, accessible biomedical data. 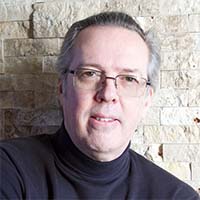 Kurt Rodarmer started work on military-grade secure operating systems over 20 years ago in Silicon Valley, working with the architect of KeyKOS, Norman Hardy. He is an expert in secure software and language design and has formalized the field of Authority Management. Kurt previously worked for Apple and Oracle and was a consultant to IBM and Sun, among others.

One thought on “An Introduction to Authority-based Security”